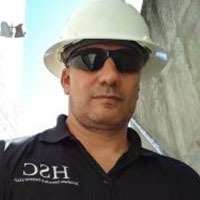 While staying at CHEP, Navy veteran Henry Cabano incorporated his company. Cabano said he got two words of counsel from CHEP’s program manager that focused his efforts during days of strife.

Cabano, 36,  a native of Norfolk, VA, boasts that he is “part Mexican, part Apache, and part Yaqui.” His Native American/Mexican mixture gives him a distinctive appearance of a high mahogany brown skin tone set off by sharp features.

The middle of three boys raised by his mother, he became a Navy enlistee in 1988 where he became an Aviation Boatsman Handler who helped launch aircraft on amphibious assault ships such as the USS Guadalcanal. A serious injury sustained performing his duties caused him to muster out in November of 1990.

Always an exceptional carpenter, Cabano’s affinity for construction work stood him well as he landed jobs over the years in Texas, Arkansas ,New Jersey, Florida and Louisiana.  In 2001 while in Tampa, FL, Cabano “had a dream.”

He wanted to form his own company.  He had become adept with all procedures involving concrete  – foundations, paving. reinforcement, design and installation, treatment and repair and more.

Cabano began mastering other areas as well, such as cost and risk analysis, contractor/sub-contractor supervision, and federal/state building regulations.

In 2007, he incorporated H.S. Cabano Concrete and Carpentry LLP in Marrero, LA.  By the next year it was declared “The fastest growing company of 2008” by the state’s Hudson Initiative, which was set up to encourage small business creation. In the same year, then Governor Bobby Jindal called it one of the year’s top 10 contractors.

The very next year catastrophe struck.

“I lost it all,” remembered Cabano, “ after I cut my arm to the bone doing roof work.”

Five employees had to be let go.  His third marriage fell apart.

After a long recuperation, Florida beckoned.  While there he enrolled in Ft. Lauderdale’s Broward College where he majored in civil engineering. Another personal slump, exacerbated by his injury, brought Washington, DC into his orbit.

“Beginning in 2016, I stayed in a shelter and did laborer jobs during the day.”

Cabano found CHEP in September of 2016 and hasn’t looked back.  While there he became a familiar figure signing out at 5 a.m. to board the A6 bus at the corner while loaded down with a bucket,

shovel and tool belt.  He consulted Craigslist nightly to come up with the jobs. The hustle and bustle, however, was beginning to frazzle him. He felt as if he was spinning wheels.

And then, those magical two words.

“Mr. Strong [Michael Strong, CHEP DC Vets Program Manager], got my attention by looking me in the eye and saying ‘Be Patient.’  He gave the words a quiet power at a time he knew I needed them.”

Shortly after, an ad  appeared asking for a job estimate that Cabano quickly responded to.  He won the contract. Word got out that Cabano was super reliable based on that contract and, accordingly, he was pursued by a contractor who offered him a permanent job.  Cabano was leery because he wanted to do more than just pull a day’s work, he wanted to pull on his full range of talents.

He solved that by forming his own company, HSC, in November 2016 while he was still living in the CHEP building. He remained until May of this year. After leaving CHEP, he absorbed the company that wanted to hire him. Cabano made the owner of the dissolved company his new operating officer.

“I wouldn’t be where I am today if it weren’t for CHEP.  They are dedicated to the work ethic and will do whatever is needed to get you on your feet,” said Cabano. 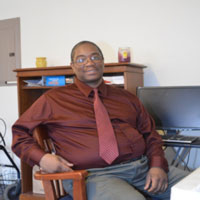 This Program Saved My Life

He backs up and remembers: “It was a lifestyle of bad decision-making, bad diets, bad girlfriends, bad environments, bad neighborhoods and a lot of bad attitudes that made me the wreck that I was.”

Hines, a boyish-looking 56 and a former Marine, is accustomed to being candid.  But not in a gruff way.  His way summons up introspection, a willingness to learn from past mistakes, and an inner determination to move his life forward through self-improvement and focused efforts.

“That’s when I discovered that when you sit still, worry and do nothing, you die,” says Hines.  He enrolled in the VA’s MOVE and LIVe programs and benefited from their rehab and therapy components. Designed by the VA’s National Center for Health Promotion and Disease Prevention, MOVE is a weight management program that relies on physical therapy (including the use of pools), dieticians and support groups to encourage “eat right” principles. The LIVe program features a holistic approach to treating diabetes that includes exercise, diet, art and music therapy, stress management and  spiritual support.

“You have to keep moving.  I’m always striving to learn.”

A high school grad and a Strayer University student, he, early on, developed an interest in computer technology. In the 80’s, Hines became a Wang Labs field service worker who repaired Wang computers under government contract. He did this for five years. As the years passed, he decided to stop punching clocks and become an entrepreneur – but he never lost his love for computers.

After several high-flying years as owner of a network of vendor tables placed in high-tourist areas, money dried up and Hines couldn’t make his rent.

“I began sputtering out,” he recalls. A savvy VA placement specialist sized him up precisely and sent him to DCVETS.  While there Hines faced a health crisis that ironically changed his life for the better because he was in the right place at the right time.

While in residence at DCVETS, Hines was hit with a health issue tsunami! First, arthritis in his knees became so painful and his legs so sapped of strength, braces were required for both legs (he still wears them). His next crisis involved a serious bout with pneumonia and a prescribed CAT scan that, to his horror, revealed a malignant tumor on his kidney.  Hines went under the knife and lost a disease-ravaged kidney.

“Without this program, I’d be dead,” declares Hines, “because out there in the streets my life-threatening health issues would never have been diagnosed and dealt with. For the first time in my life I was not only allowed, but encouraged, to take the time to focus on my health issues.”

During his stay at DCVETS, Hines also found time to return to computer school, teach a computer class for seniors, clean up his bad credit rating and nail down a full-time IT tech job refurbishing computers at Phoenix Computers in Rockville, MD.

“I’ve saved money and I stay perpetually busy because this environment allows your mind to soar in discovering ways to help yourself. The people here plug you in to contacts and programs that show you how to make it on your own,” says Hines. In pulling up stakes and moving out to his new apartment, Hines makes a military parallel: “DCVETS teaches us to fight…fight for our life. 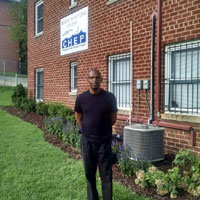 On the Road to Leadership

He reminds you of the decent, uncomplicated buddy in a Hollywood buddy movie.

Not for him crazy, loud and out of control!

Fifty-four-year-old Mike Conyers, born in Detroit, has been the resident manager of the DC VETS program since July 2013.  A father of four and twice widowed, he is also the nephew of  86-year-old John Conyers, the oldest and longest-serving member of Congress (50 years).  In addition, his grandfather was one of the founders of the town of Conyers, Georgia.

Persistence and pluck are in the family gene pool as over a period of 41 years, he continually worked as a printer, cartographer, barber, musician, cable installer and, in 2000, found himself on a Chrysler assembly line as a quality assurer.  Generally, he always worked two jobs, but, as he says,  “sometimes three.”

The Army contributed mightily to his civilian livelihood when it taught him how to read blueprints and create and print brochures, flyers and periodicals.  He enlisted in 1980 and was sent to Ft. Belvoir, VA. In 1984, he married his childhood sweetheart and, two years later, he mustered out of the military. Conyers worked as a printer for 17 years as children and life began to pile up.

Laid off his Chrysler job, he moved to Gaithersburg, MD to help his sister with her family.  His kids were now grown, and money was scarce. Within a year he moved to his own place in nearby Germantown where he worked for five years as a technician at a firm he claims is responsible for a debilitating illness that shut down his motor skills. He was laid off again.

Weak and ill, he sought help at the Rockville Center for Shelter Placement.  He was told of transitional housing and referred to a VA caseworker at the DC office at1500 Franklin St. NW. Things moved quickly as he found himself referred to the DC VETS program, where he was assigned a one-bedroom apartment to be shared with a roommate Conyers credits with restoring his health.  “His name was Raymond Brooks, an older guy who took me under his wing,” says Conyers. Brooks cooked at least 2 hot meals daily and in a matter of months, says Conyers, “got most of my health back.”

Meanwhile, Conyers was given food cards over two months and steered to DC unemployment forms that resulted in a $1500 monthly unemployment check. He also signed up for the VRAP program where he went to school to learn about tv cable installation.  He also painted the DC VETS facility inside and out. Conyers’ industriousness was rewarded when he was made DC VETS Resident Manager. He was heartened when a new director came in December and restructured the program to eliminate any apathy or complacency that might creep into the goals mission.

As an example, people who had been there for two years or more were asked to leave or found alternative temporary housing; new classes such as Human Resources Management and Basic Economics were available weekly; Job Fairs were attended; drug addiction training and Homeless Management Information Systems (HMIS) events were introduced, along with character-building programming.    Conyers is a blur at DC VETS as he does landscaping, caulks, paints, counsels, handles and advises on all technical equipment, shovels snow, prepares large meals and lectures and leads weekly meetings.

Those who know him realize his mastery of many things, far from a blur, shows his character to be finely focused – and precision tuned. 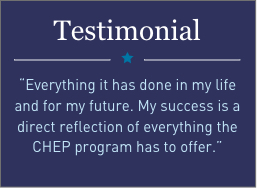 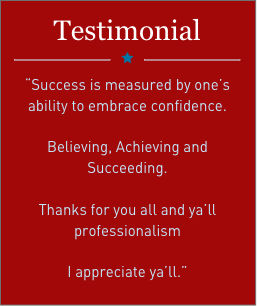